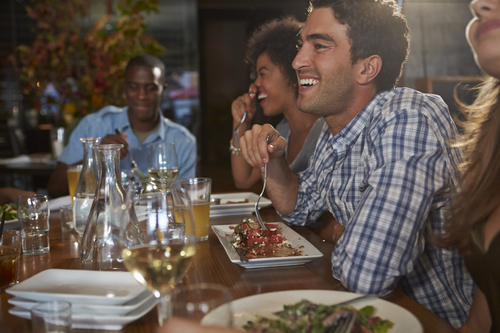 Twice a year, locals have the opportunity to dive into some delicious deals at dozens of restaurants near your Dalian on the Park apartment—and that time is almost upon us!

Center City District Restaurant Week returns Sept. 10-14 and 17-21. Eateries throughout the area will offer full three-course dinners for $35 per person, with some also featuring lunch options for just $20. Diners have a range of prix-fixe options from which to choose, with each restaurant often showcasing its best-selling or most unique menu options. Participants range from fine-dining establishments to corner pubs, and highlight the diversity in the local restaurant scene, with enough flavors to keep diners busy trying something new every night of the two-week event.

Here are a few of the standout restaurants near your Dalian on the Park apartment participating in Restaurant Week:

Chops: If you have the appetite of a carnivore but are on a budget, schedule a trip to Chops, six blocks from your Dalian on the Park apartment, during Restaurant Week. The steakhouse features an impressive lineup of meats, fish and more. And with an award-winning wine list featuring more than 100 selections from around the world, you’re sure to have a meal you won’t soon forget.

James: This modern American bistro, four blocks from your Dalian on the Park apartment, mixes casual with quality. Burgers, wings and crab cakes are among the neighborhood favorites, and each includes a unique spin, as James is brimming with culinary creativity.

South: It may be about six blocks north of your Dalian on the Park apartment, but this spot will have you feeling like you’re down south! The appropriately named restaurant and jazz bar has a New Orleans vibe throughout, which will be an interesting twist on your Restaurant Week outing. The menu features traditional Southern fare, such as fried green tomatoes and shrimp and grits, as well as Southern influences on traditional dishes.