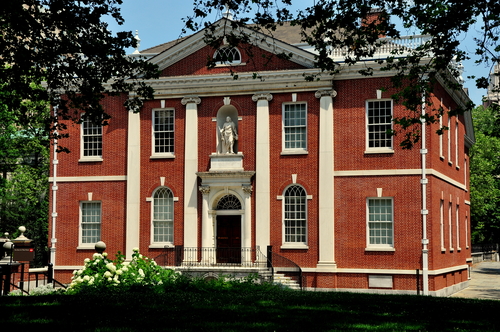 Franklin Institute is known for its unusual exhibits, and its most recent display certainly stands out. Step into the science museum, located three blocks from your Dalian on the Park apartment, and step back in time — all the way back to 210 BCE!

“Terracotta Warrior of the First Emperor” features extremely rare, life-sized terracotta statues, which researchers discovered guarded the tomb of China’s first emperor more than 2,000 years ago. The archeological marvels were discovered by chance about 40 years ago by a farmer who was digging a well.

That chance discovery led to what archeologists have labeled as one of the most significant artifact discoveries in human history — and now it’s all right in the backyard of your Dalian on the Park apartment!

The exhibit features 10 of the figures, as well as 160 artifacts collected from the scene, including ornaments, weapons and items associated with the burial ceremony. Apart from marveling at the objects themselves, the display includes lots of opportunities to learn about Chinese culture of the time, such as the purpose of the statues: Cast in the likeness of the armies that the emperor commanded in life, the stone structures were thought to protect the emperor as he passed into the afterlife. The exhibit also explores the science and craft behind the statues’ creation and the excavation process, which will fascinate archeology lovers.

Franklin Institute is the exhibit’s only East Coast stop, so make sure not to miss out! The warriors head out of town on March 4.