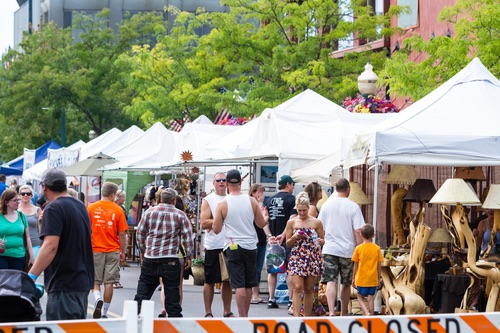 What do you get when you combine eight beer gardens, three stages of live music and thousands of neighbors? The Second Street Festival!

The ninth-annual festivities return Aug. 6 to North Second Street, from Germantown Avenue to Spring Garden Street, about two miles from your Dalian on the Park apartment.

The half-mile stretch of North Second Street will be shut down to traffic to make way for music, dancing, food and fun in what has become one of the city’s largest craft and musical festivals. More than 250 vendors will be set up along the street, selling art, clothing, jewelry, home goods and more. Many vendors will also offer info on neighborhood resources like the newly formed business-improvement district, which is the beneficiary of this year’s event.

Three stages — on Brown Street, Germantown Avenue and in front of the Piazza at Schmidt’s — will feature more than two-dozen bands and musicians, many of which hail from the local area. There is also a dedicated street performer area where you can find talented and unique performance artists.

When you had your fill of music, fill up on the plentiful foods and brews.

Beer gardens will be set up outside eight neighborhood favorites offering drinks and dishes:

The Second Street Festival is one of the area’s biggest and best outdoor parties — and it’s just a nice stroll (or an even-quicker bus or Market-Frankford El ride) from your Dalian on the Park apartment. Enjoy!