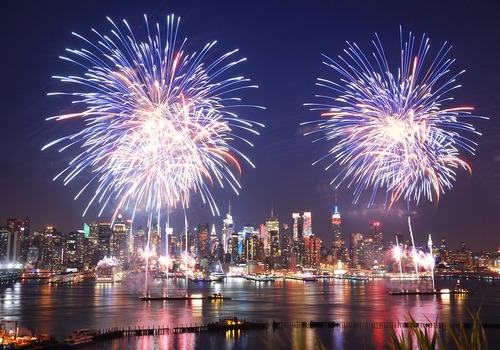 One of the nation’s biggest Independence Day celebrations takes place in Philly, and you have a front-row seat for all the action.

As the birthplace of the country, Philly fittingly does July Fourth right, with days of concerts, parades, parties and, of course, fireworks. It’s all part of Wawa Welcome America, a city-run festival featuring more than 50 free events celebrating American freedom with lots of food and fun!

Here are just a few of the Welcome America activities happening near your Dalian on the Park apartment:

Free Museum Day — Admission to The Barnes Foundation, one block from your Dalian on the Park apartment, is free July 2. The museum is open 10 a.m.-5 p.m., and free tickets are distributed starting at 9 a.m. Special Independence Day programming at the art museum will be held from 1-4 p.m.

Red, White and Brew Fest — From 5-9 p.m. July 1, SugarHouse Casino, about two miles from your Dalian on the Park apartment, hosts an outdoor concert with music by Mow Lowda & The Humble. The Philly-born band has two albums under its belt and a national tour that included a stop at the popular Firefly.

Historic District Block Party — Thousands are expected at the third-annual celebration, held outside Independence Mall, less than two miles from your Dalian on the Park apartment, from noon-7 p.m. July 3. The event celebrates Philly’s role in American independence, so expect colonial-themed arts and crafts, games and more. Live performances will be held on three stages, and partiers can indulge in food and drinks from local food trucks.

Fireworks — No July Fourth celebration is complete without the booming lights spectacular. Locals have several opportunities to catch state-of-the-art fireworks displays during Wawa Welcome America. Fireworks will be presented at 9:30 p.m. July 2 and July 4 on the Delaware River Waterfront. You can also catch the big finale at 9:30 p.m. July 4 right behind the Philadelphia Museum of Art, just a half-mile from your Dalian on the Park apartment. Thousands usually pack the entire Benjamin Franklin Parkway for concerts throughout the day before the show, so make sure to get there early!